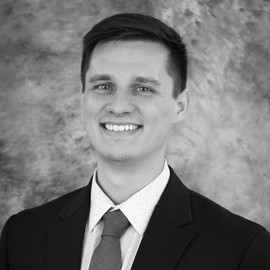 I study issues at the intersection of public administration, administrative politics, and public policy. Most of my research focuses on the broader network of government oversight with a specific emphasis the relationship between executive branch agencies, Congress, and experts in improving accountability and performance. In addition, my research considers the challenges and consequences of program implementation in an intergovernmental context with a specific focus on Social Security Disability and Veterans' health programs. My work has been published in Journal of Public Administration Research and Theory, Presidential Studies Quarterly, and Policy Studies Journal.

A copy of my CV is available here.

Abstract
The modern presidency is one of administration, where presidents seek to further their own agendas by directing administrative behavior throughout the executive branch. Yet little research explores how executive agencies organize their policy processes in response to publicly articulated presidential priorities. Using two novel datasets that allow us to examine the regulatory priorities of presidents and how executive agencies organize their rulemaking processes, we find that executive agencies respond to presidential policy preferences by centralizing policymaking to the top of an agency’s hierarchy, placing regulation in the hands of political appointees.

Abstract
Government agencies often encounter problems in service delivery when implementing public programs. This undermines effectiveness and raise questions about accountability. A central component of responsiveness and performance management is that agencies correct course when problems are identified. However, public agencies have an uneven record in responding to problems. In this paper we investigate whether, and to what extent, capacity both within the agency and within institutions performing oversight, improves agency responsiveness to poor performance indicators. Using panel data on eligibility determinations in the Social Security Disability program from U.S. state agencies from 1991-2015 and fixed effects regression, we find that indicators of agency and oversight capacity moderate the relationship between poor performance and improvement. Our results suggest that investments in building capacity not only within agencies, but also within elected institutions, are important for successful policy implementation. However, we find evidence that while agency capacity alone can improve responsiveness to poor performance, the effect of oversight capacity on improving performance requires high agency capacity.

Abstract
Scholars have long been interested in how policies and ideas spread from one observation to another. Yet, the spatial and temporal dynamics of policy diffusion present unique challenges that empirical researchers often neglect. Scholars often use temporally lagged spatial lags (TLSL)—such as the number (or percentage) of prior adopters in a neighborhood—to test various mechanisms of delayed policy diffusion but are largely unaware of two under appreciated issues. First, the effects are not limited to one time period but persist over time by changing the future value of neighboring observations. Second, minor, yet common, choices in model specification—such as omitting spatially correlated and/or autoregressive covariates—can increase the risk of falsely inferring that the outcome is a result of spatial diffusion. Indeed, we offer two applications where small changes to the model specification of an otherwise well‐specified model result in drastically different inferences about policy diffusion. We argue that scholars should avoid haphazardly including TLSLs without considerable theoretical justification, and we conclude on an optimistic note by offering straightforward solutions and new software to address these issues.

“Watchdog or Lapdog? Agenda Setting and Government Accountability Office Oversight” Invited to revise and resubmit at Journal of Public Policy

“Society of Deputies: The Negative Externalities of Coproduction” with Nicholas Brothers

“Politicization and Bureaucratic Resistance to Oversight”

“Is Oversight Always Effective? The Effects of Oversight on Goal Displacement in Veterans Healthcare”

Lake of the Ozarks, MO